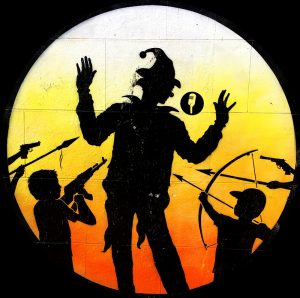 If you’re a voice talent with your contact information on the Web, you may have seen rashes of email scams. Over the last few weeks, many of my VO colleagues have received emails from potential scammers. Education and awareness are the best defense for keeping your voiceover career safe. Always practice safety online and in business; it may prevent you from being scammed.

Scams are no joke, and you should practice safety on and off-line. Voiceover talent Doug Turkel writes in his April 2016 blog,  Anatomy of a Voiceover Scam, about direct email scams targeting voice actors. His story is eye-opening as to some of the tactics used by these electronic predators. Unfortunately, the list of scams has increased since Doug’s 2016 article.

These Hoods are not Merry Men

You may think that times are changing, and voiceover scams are of a lesser concern today. Unfortunately, the opposite is true. The list of ways and methods unsuspecting new and existing voice talent can be ripped off is expanding.

Gravy for the Brain list popular scam methods targeted at voiceover talent. They include:

In  Voiceover Scams: How to Stop Getting Ripped Off (27th January 2017) Hugh Edwards writes that royalty scams are among the most common scams. “These scams are much more common and are actually worse because they happen all the time in our industry and are easily missed. They aren’t asking you to send them money, but they are conning you into not receiving the right amount of remuneration in the first place,” says Edwards.

Voiceover Demo Reel production is also an area that has been a feeding ground for the unscrupulous. In  5 Ways To Spot Predatory Demo Coaches, Dave Courvoisier notes the cues to spotting overnight voiceover production houses. “They will typically promise that a weekend’s work in their studio (usually out of town) will result in a dynamite demo you can take to any agent anywhere to get voiceover jobs.”

Voiceover Training is not based upon vague processes or promises. Becoming a successful voice talent involves understanding one’s capabilities and learning how to run a voice acting business successfully. No voiceover coach or demo production company can promise mastery of voice acting in a single weekend or through a few Web-based seminars. The business of voiceacting involves training and marketing. There is no short cut around acquiring and getting the knowledge to build and maintain a successful voiceover business.

Be Safe Not Sorry

Voiceover work is exciting and fulling, so take time to research all too-good-to-be-true jobs, training, and promised royalties that could end up costing your aspiration and passion for voiceovers. Protect what you love so you can do what you love for as long as you want.